Why did we choose to speak about telepresence ?

Those solutions are robotics solutions that we can program with our background, adapted to your need. It is used in so much sectors and on more and more cases that we really wanted to explain what it is about.

At a minimum, a telepresence system includes a visual feedback either with a very large screen, or a small display mounted directly in front of the eyes. Generally in the case of the use of a screen or a screen wall, the display is about a scale 1 with high definition. Less used, the small display makes it possible to follow the user’s centre of view thanks to its head movements, unlike cinema, where the user’s center of view is not taken into account.

While the WYSIWIS (What You See Is What I See) is widespread, audio is still essential for telepresence. Most often, the sound is in stereo, although the surround sound is the most suitable for creating a certain realism.

The ability to manipulate an object remotely and interact with the environment is an important aspect of a telepresence system, but is very rarely put in place.

Telepresence on a daily basis

Numerous techniques can be employed to achieve this result, the best known giving videoconferencing but also focusing more and more on telepresence robots.

Nowadays, one of the most used tools approaching telepresence is Skype, the application allowing a visual and audio on several people at the same time, but some differences remain notable. Unlike the simpler videoconferencing, telepresence requires a certain realism generally defined by means of large flat-screen high definition screens (scale 1) accompanied by cameras and several speakers, requiring the acquisition of a meeting room in most cases. However, access to online conversation software remains a necessity as well as Internet broadband for the fluidity of exchanges.

The robots of telepresence

Similarly, telepresence robots require some facilities since they are equipped with a screen with high definition cameras and mounted on wheels in order to be able to be directed. They can be connected to a computer or to a smartphone or tablet. To connect, simply download a software, create an account and activate it. The robot will then be controllable through the arrow keys of the computer keyboard, the mouse or a controller. (Giving the possibility to communicate by gestures (via the screen))

Since about 60% of company communication is non-verbal, telepresence compensates for this lack of human contact but also brings many other things. This new technology applies to many fields, distance learnings, events, but especially the most popular ones, telework and telemedicine. 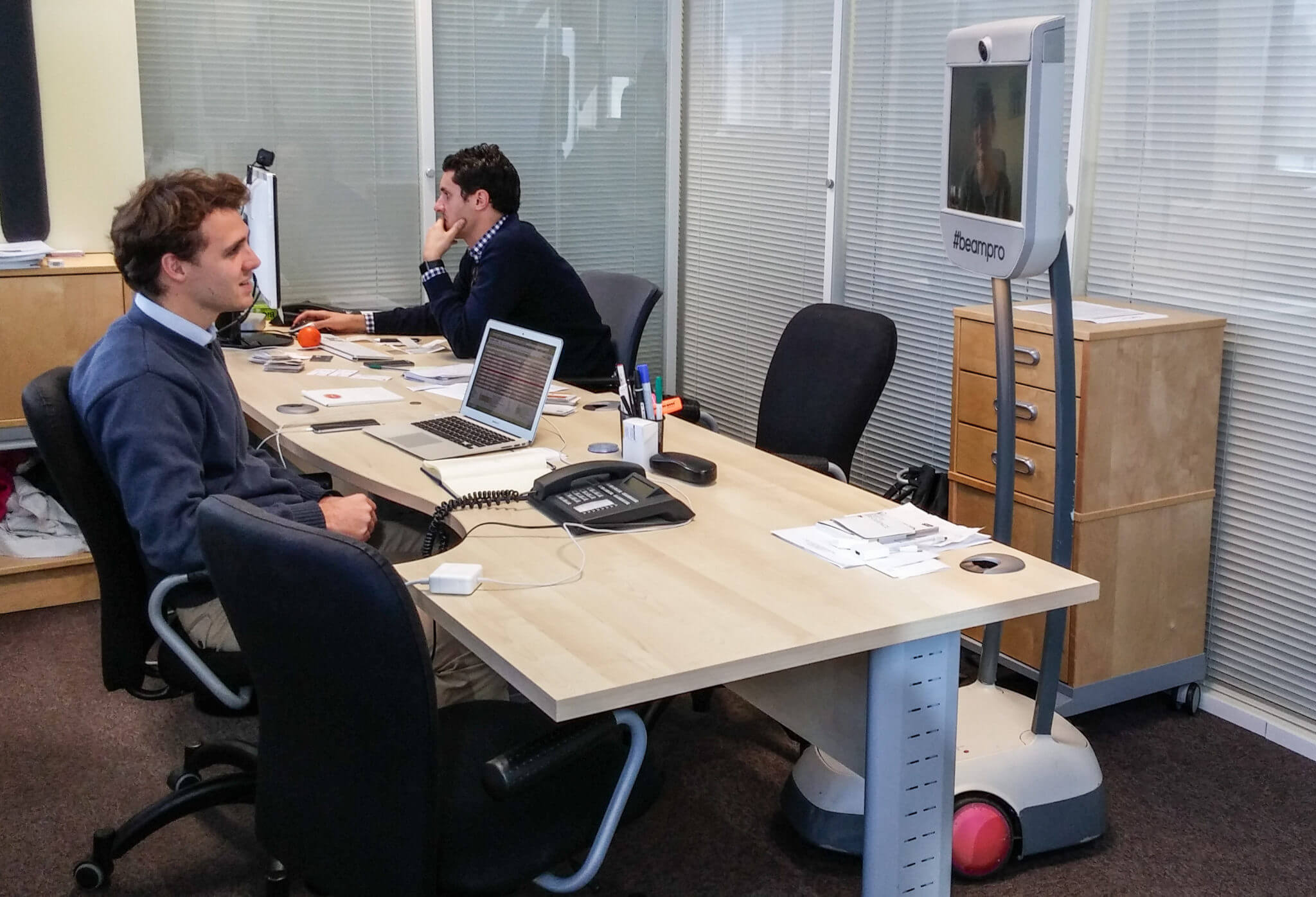 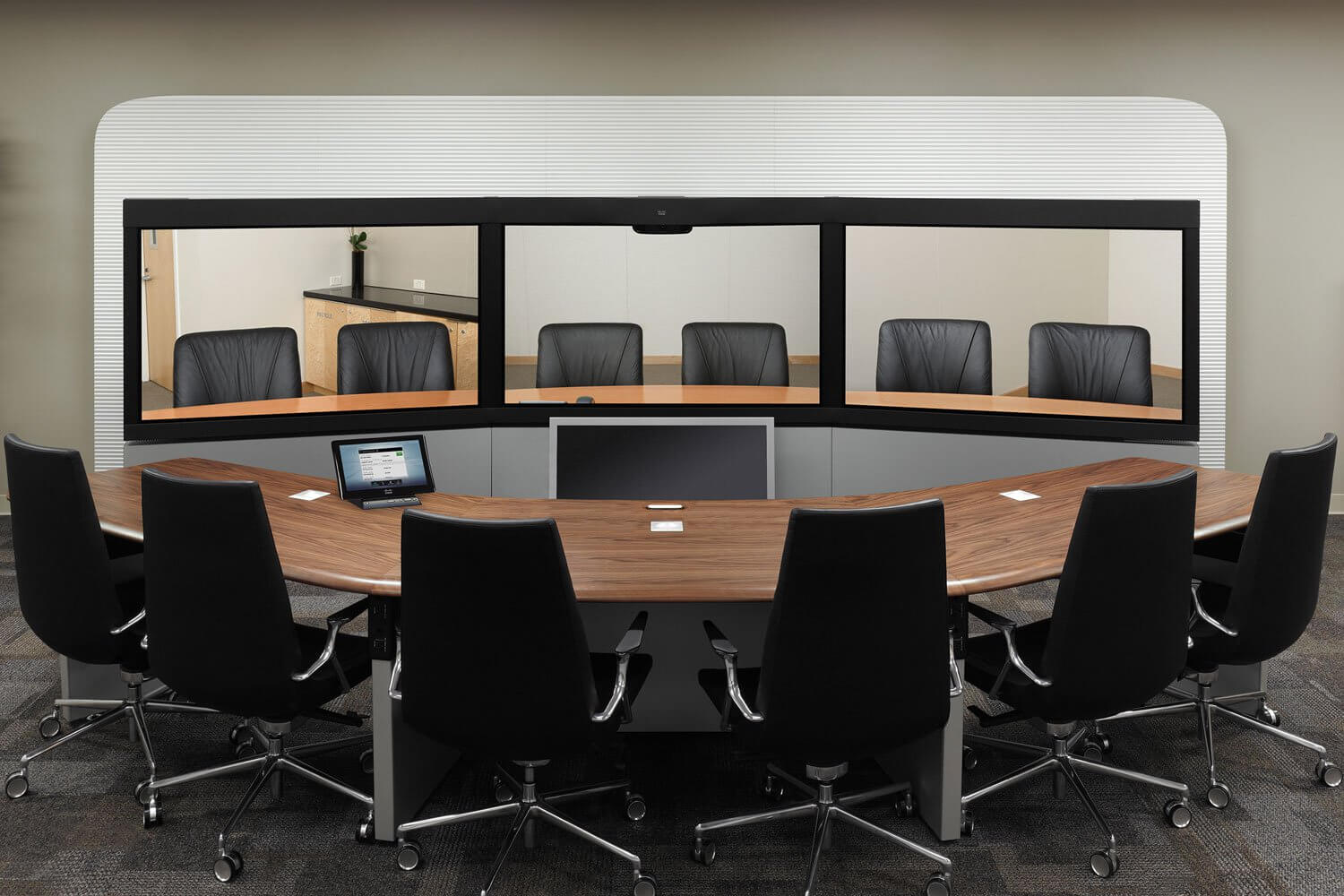 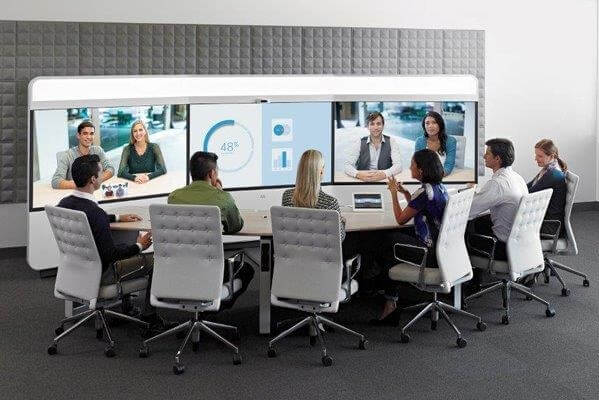 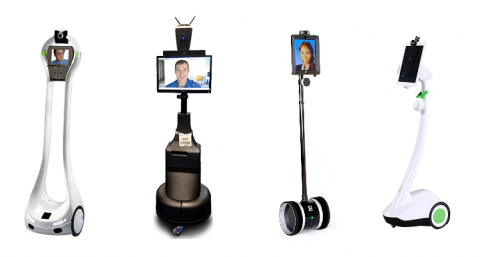 About 15% of French workers work in home offices. In this testimony, we follow an employee who works in Paris and whose company is in Lyon. She therefore connects to the robot daily to be virtually present in her workplace. “I can thus interact with my staff as if I were on site and attend all the company’s highlights: meetings of course (around a table or stand-up meetings).), but also the simple discussions at the coffee machine, since I can move freely in the open space. With one click, I teleport and remotely fly my robot to the premises, using the arrows on my computer keyboard.” For her, the telepresence robot is beneficial to the company (increased responsiveness but also the possibility to check its presence while reducing the cost of its travel) but also to herself since she saves energy that would be lost in travel and gives her more time for her personal life. She added that she feels less isolated and even virtual, her presence in the premises has enabled her to forge links with her collaborators.

In this one, we follow a man whose work is about 1h20 away from home, but he still accepts the contract if he has the opportunity to work from home one day a week. After a few months, the fatigue of the daily journeys pushes him to ask to reverse the ratio, that is to say that he will work one day a week on site and the rest of the time from home. This frees up time for his personal life but also allows him to rest a little more, reducing fatigue and stress. Another notable advantage he points out is the flexibility whether at the temporal level, no strict schedules facilitating medical appointments or shopping for example (more balanced meals), but also spatial since telepresence offers the possibility to work far away without having to move or move daily. Finally, he added that the financial and environmental contributions are noteworthy (especially in terms of health).