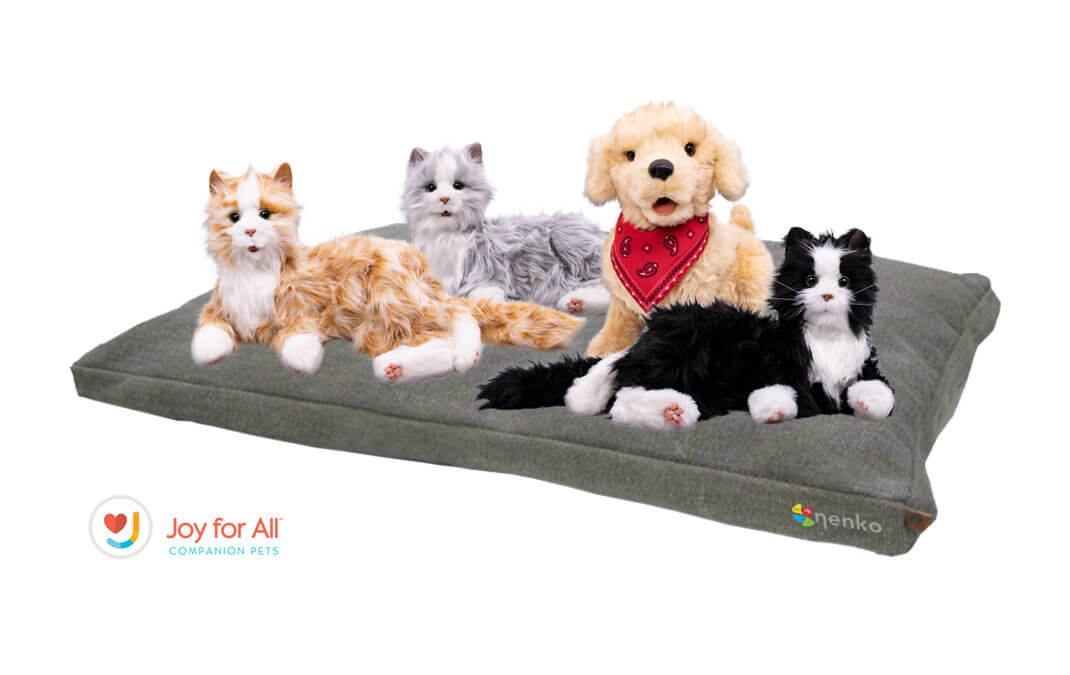 April 2, 2019. KOMPAI Robotics is proud to announce another nursing home to its list of clients. This time it is with Hasbro’s robotic cat Joy for All that we are able to improve the residents’ daily life. We were warmly welcomed by the Beau Rivage nursing home in Biarritz, southwestern France, which evaluated one of our novel cats for a month before being convinced of its usefulness for the residents and the staff. The nursing home activities personnel were united in their praise for the robotic companion, which it has now adopted permanently.

First moved by its realism, one of the staff members confides, “Visitors thought we had a real cat in the home” and “One of the residents even wanted to give it real food.” But then it was the appeasing aspect of the cat that won the teams over. The personnel was surprised by the capacity of the robot – via its esthetic, movements, purring, and miaowing –  to appease agitated individuals. This was noted especially during long afternoons and periods of waiting.

After having noted many of the cat’s positive effects with the international nursing home group KORIAN, KOMPAI Robotics wants to keep convincing local and national nursing homes of robots’ capacities to improve the everyday lives of frail individuals. The robotic cat positions itself between an intelligent toy and a real live pet, but without the inconveniences. Depending on the person, we have seen that the cat increases communication, socialization, verbal expression of emotions, and reduces loneliness, anxiety, and apathy, while enhancing the overall mood of the users. For more information click here.